Stephen Colbert is one of my favorite humans of all time.  I knew he was seriously a kindred spirit when he suddenly began reciting The Song of Tom Bombadil during an interview a couple of years ago.  (I read and reread Tolkien's The Fellowship of the Ring at least 10 times before the end of 11th grade.)  He is famous for not being what he pretends to be (conservative) and for saying what he doesn't believe (that Karl Rove is a lovely human being) but the truth is he's a very tenderhearted individual.  I have no doubt that his religious feeling is deeply sincere.  His interview with Pussy Riot is great fun to watch but I think Colbert, the Dad, is genuinely worried about 'these girls'.  I know the current president of Russia prides himself on looking as though he eats slow moving citizens for breakfast but I wouldn't want Colbert mad at me either.  The artists' humor was a perfect match for Colbert's.

Stephen Colbert was made a member of the band.  This makes me happy: 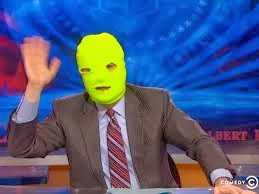 Everyman in thy most need

I've had this phrase in my head all week,  Everyman in thy most need  ( <--- link to everyman's library)

actually the phrase I was trying to remember goes:  ”Everyman, I will go with thee and be thy guide, in thy most need to go by thy side”

Annonyme has something to do with the generalization of Identity in same sense as Everyman.  Questioning the significance, import and stability of individual identity sounds whack but it can lead to some great thinking.  See the work Borges and I by Jorge Luis Borges for an exploration of the I in relation to it's biographical host.  I haven't read it in years.  I think I will put it on my list.

My daughter is in the room listening to TimWillDestroyYou.  This is making me laugh a lot.  I had the thought that my efforts to create a blog similar to the one I admired in 2003 or so (lemonyellow) might be pretty lame.  I wonder, since I don't actually look for or read other people's blogs (although I enjoy Herbivoracious and am worried that I stopped getting newsletters in my email from him) whether anyone even bothers with the hyperlink.  Here I am fussing about whether any reader's will be able to tell a hyperlink when they see it and why I can't make the titles be links anymore.  Oh Well.

I just hit 16,000 page views. still not one comment other than one from a close friend and from me.... I don't really understand that.

This is church too! 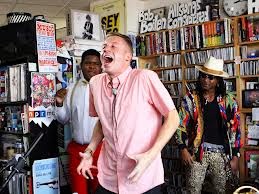