Are we a Good King or a Bad King?

I'd love to see an ongoing review of the history of government and the ideas behind governments. I have always believed that when I pledge allegiance to the flag I am supporting a government based on the ideal of dignity and education for all citizens. I have been interested in Art, Religion and early childhood generally and haven not been highly political. Lately however, it occurs to me that half of the people of the United States are pledging allegiance to something entirely different. The Republican Party just baffles me these days and I wonder how they got that way. Democrats are Neo-Monarchists? (Huh?) We can't let the pen be mightier than the sword? (Where does that put education?) The party with the biggest gun wins. (Oh, like might = right?) We shouldn't feed poor children because that creates a 'dependency culture'? (If you systematically create poverty so you can look down on it you are just ill.) Corporations are entitled to the rights associated with individual citizens but are not to be held accountable to any body of law? and are encouraged to become as huge and powerful as possible so that world government would ultimately be by Money? Any effort to exert legal force on corporate entities is 'coercive utopianism'? Can we talk about the dependency culture of powerful individuals who can't get enough money or power whose addictive need led them to contrive funky financial 'instruments' to hide debt and sell trash?

It used to seem to me that the difference between Democrats and Republicans was mostly sartorial and age related. But the things I hear coming from Republicans in the past few years seem so bizarre to me. I think of someone like Gerald Ford and wonder if he would've found any of it palatable. I think about the previous generation, my elders, and wonder what they would think of policies that let to the bankruptcy of so many innocent people. My great Aunts and Uncles were hardly radical and may have been Republican but I can tell you that they would have been disgusted. They really were all about responsibility. At least a couple of them were according to specific stories.

I believe strongly that what sets us apart as a nation is the basis of our Constitution in the concept of the value of the individual. The kingship is shared among citizens. That concept can save us and make us meaningful. Sheer greed, ruthlessness and thirst for control will sink us for sure because the Chinese will win that battle. Machiavelli would have been appreciative of their style, I think.

If Democracy makes each of us king in concept, are we a g 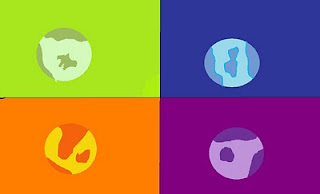 ood king or a bad king?
Posted by Georgia Avenue No comments: 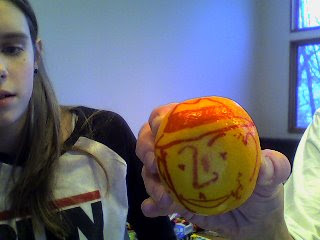