loving your neighbor as yourself 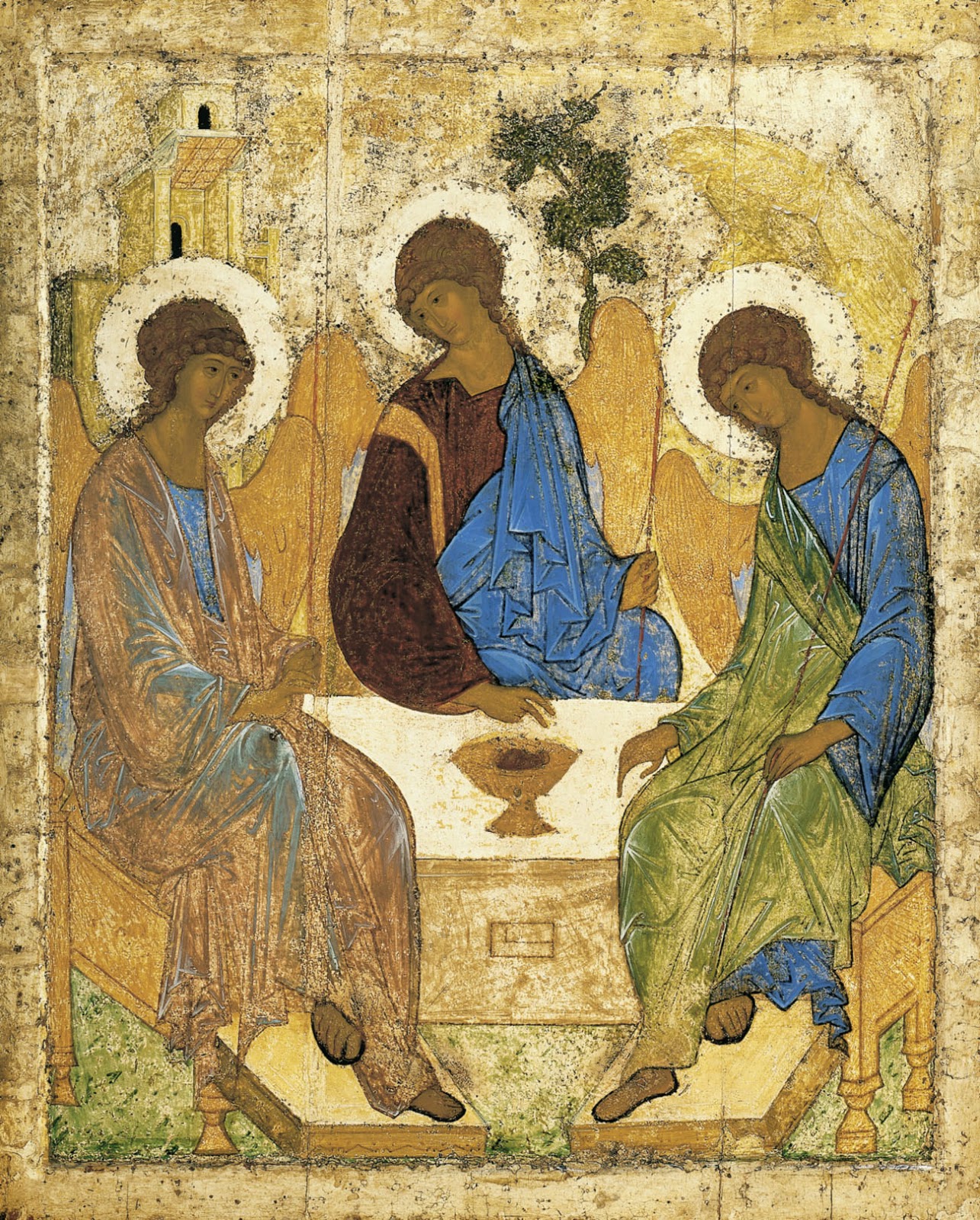 This picture is in my living room.  It's by Andrei Rublev.   I know this because a friend shared the movie Andrei Rublev by Andrei Tarkovsky with me about 18 years ago.   I think of this Icon in connection with the idea of 'two or more being gathered in my Name'.  If 'my name' is roughly equivalent to 'my Self' and my self is another way of saying my identity, then when the requirements of 'two or more present in my name' have been met one would, in effect, be loving one's neighbor as one's Self because the several parties would be sort of under a cone of SELF, to borrow an image from Get Smart .  The white space in the picture is actually a little like the cone of silence... it indicates the way in which the minds in communication form a Chalice, or grail.  The communication itself is the Grail.  Another way of saying this might be, Where two or more are gathered in recognition of their shared identity I am there with them.  I think the active ingredient is the recognition of shared identity.


Tonight on MSNBC Lawrence O'Donnel included a clip from The West Wing.  I couldn't get it off the MSNBC site but I just found it on Facebook.  I hope the clip will translate:

As an aside, it surprises me that the similarity of the name of Jesus to 'the I am' is not more widely commented on.  I've never noticed it commented on at all.  I am.  Yo soy.  Je suis.